The countdown to the opening of Edinburgh St James begins 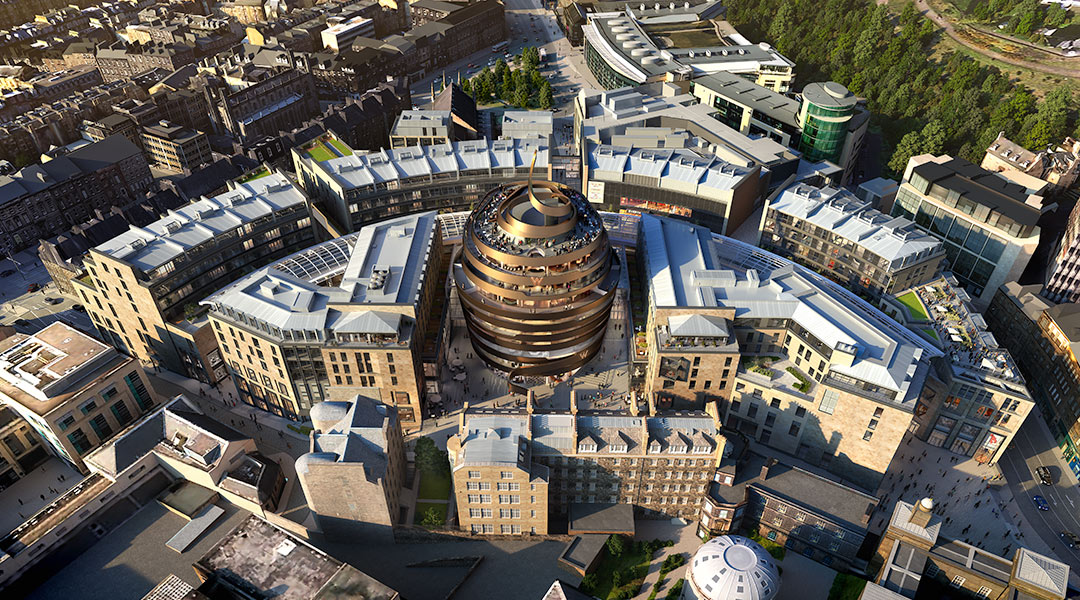 Edinburgh St James, the 1.7 million sq ft development, is counting down to its opening as the development reaches its ‘one year to go’ milestone.  It is one of the largest and most significant regeneration projects currently underway in the UK and the largest retail-led development in Scotland. The shopping galleria will open in 2020, followed by W Edinburgh, Roomzzz, and the Everyman Cinema in 2021.

In the last few months a number of new quality occupiers have been announced:

The brands will join an exclusive line-up of shops, restaurants and leisure outlets at Edinburgh St James, which already boasts a flagship John Lewis, Next, a five-screen Everyman Cinema, the city’s first W Hotel – W Edinburgh – and a luxury Roomzzz aparthotel.

Martin Perry, Director of Development at Edinburgh St James, commented: “With a year to go, it’s extremely exciting to see the significant progress made since starting on site three years ago. Edinburgh St James will reflect Edinburgh’s position as a city with a thriving economy and unique appeal, with Mango choosing the city for its first store in Scotland – a testament as to why Edinburgh St James is great for the city. We look forward to making further announcements about progress on site ahead of the first phase of opening in October 2020”.

Over £130 million of the construction value has been sourced locally in 2019, equivalent to over 50% of the total construction value. As part of the project’s ongoing commitment to the wider Edinburgh community, economy and environment, considerable progress has been made with achieving important environmental and social economic goals, including:

Tim Kelly, Laing O'Rourke Project Director said: “It’s great to have delivered on so many of our sustainability and community-focused initiatives. Obviously, with a development on this scale, you have to ensure that you maximise the value for the local community, laying the foundations for not only the finished scheme, but also the next generation of construction professionals.

“With one year to go, we’re looking forward to continuing this trend and finding more ways to contribute to Edinburgh and the surrounding area in 2020.”

Cllr Kate Campbell, Convener of the Housing, Homelessness and Fair Work Committee, the City of Edinburgh Council, said: “The emphasis on sustainability is very welcome and the delivery of a low carbon energy efficient scheme will play an important role in our journey towards net zero carbon.

“The benefits to the wider community from this development are a key factor in our support for this project. A big part of this is the FUSE academy which has been working closely with employers at Edinburgh St James to connect the thousands of jobs that will be created to the people that need them by supporting skills development across the city.”

A vibrant retail & leisure destination
Located within a World Heritage site in the heart of Edinburgh, the project will completely redefine mixed-use regeneration in the UK. Injecting over £1 billion of investment into the city, it will feature 850,000 sq ft of retail and leisure space, including 85 new shops, over 30 new restaurants, Edinburgh’s first Everyman Cinema, 152 apartments, a striking 12-storey hotel - W Edinburgh, a 75 room Roomzzz Aparthotel, and three new public squares. With its 24 hour leisure offering, Edinburgh St James is set to revolutionise and regenerate the city’s East End.

Edinburgh St James is demonstrating best practice in sustainability as part of the project’s ongoing commitment to the wider Edinburgh community, economy and environment. The development will provide long-term benefits to Edinburgh delivering over 3,000 permanent full time jobs in a variety of sectors. Up to 5,000 construction jobs are being created during the build. ‘FUSE’ the citywide retail and hospitality skills academy established to drive world class customer care experience in Edinburgh, is delivered together with the City of Edinburgh Council and the Scottish Government is scheduled to launch to the public in early 2020.

BACK TO NEWS UPDATES